The tungcrete towers rise like black gravestones against the scorching sky.

Lily’s weapinserts whir as the saw-blades catch up to speed.

“Straight and deep around the face-plate. You don’t want to damage the nerve links.”

I scan the surroundings. Crowds on Lania don’t stick around once shooting starts.

Carnifex is phase one of a larger Breathless military sci-fi game,  focusing on the core game mechanics and standard-style play. Set in  a corner of the universe turned into a world-spanning refugee camp after the last war, the players take on the role of Reapers: cybernetically augmented bounty hunters built from milsurp supersoldier components.

Iterating on the Breathless system, Carnifex has a slightly more complicated dice mechanic, relying on Difficulty and Stress rather than fixed roll outcomes. By adding bonuses from gear to a pool of points gained from roll results, characters can bid for the results they want by minimizing their risk or maximizing their outcomes.

It's still light and fast enough for pick-up-and-play games. 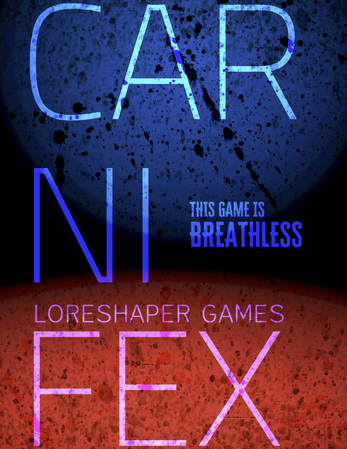 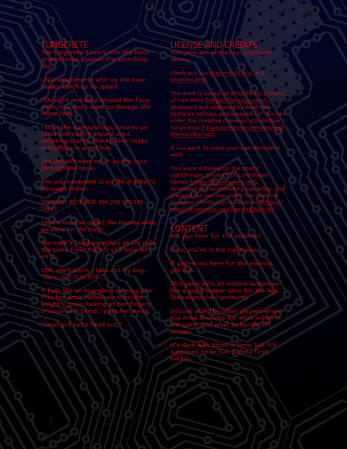 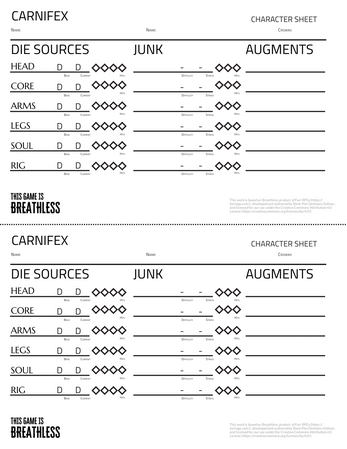