The intercom comes on over the hum of machines. “Captain? We’re ready, if you’ll do the honors.”

Oliana could have called me directly, but she wants everyone to know we’re about to head out.

I try to hide my excitement. After all, it’s not captainly to have a boyish grin on my face. Captainish?

It doesn’t matter. I get to the bridge without incident. A few seconds later, I’m in my seat, strapped down in the harness. I know the vertex drive is gentle, but it feels right. From her own chair, Oliana reaches out to me.

I clasp her hand in mine.

Firebird Worlds is a game set in a pocket of the galaxy once wracked by a near apocalyptic war, but which has now recovered and is getting back to its feet.

The central rule-set is simple and lets players develop characters with a history in the setting without requiring a lot of set-up.

Firebird Worlds is perfect for an interlude between other games or an introduction to roleplaying for unfamiliar players. 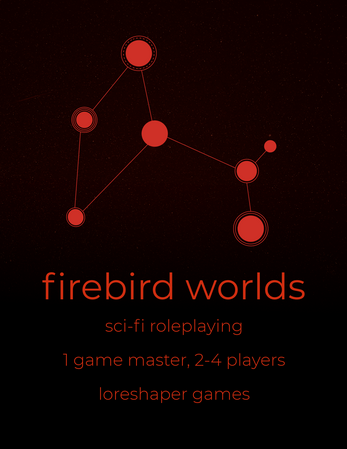 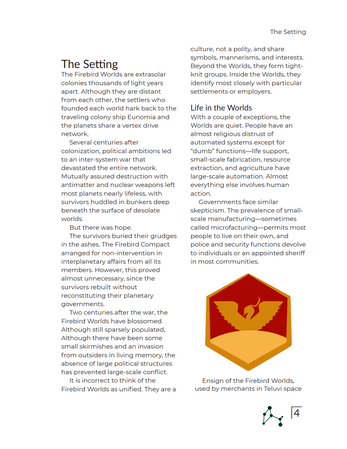 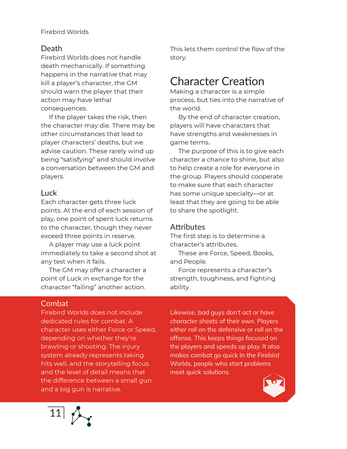